In this session, we are joined by two experts who are exploring new frontiers in SBRT through non-standard clinical applications of ablative radiotherapy. Through his recent work, physician Dr. Fabio Cury challenges the dogma that kidney cancer is a radioresistant tumour while physicist Dr. Geoffrey Hugo uses radioablation to treat cardiac arrhythmias.  Both speakers will explore the rationale for treatment, address site-specific technical issues, and present early clinical results. 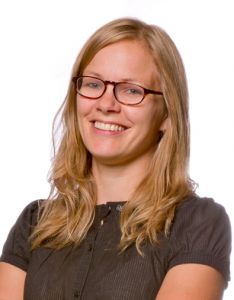 Dr. Lesley Baldwin is a medical physicist at the Cross Cancer Institute in Edmonton, AB, and a member of the Canadian College of Physicists in Medicine.  She was instrumental in the establishment of Edmonton’s linac-based cranial SRS program and is an active member of the SABR program, treating lung, liver and spinal lesions using a variety of image guidance and motion management techniques.  Her clinical interests also include breast radiotherapy, gynecological brachytherapy and 3D printing applications in radiotherapy.  Although this is her first time assisting in conference planning, she has a long history of involvement with the Association of Medical Physicists in Alberta and was a past member of AAPM’s Public Education Committee. 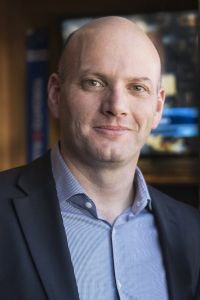 He was born in Brazil, where he obtained his medical degree at Universidade Federal do Parana in 1999. After his residency in Radiation Oncology at Hospital Erasto Gartner, he did a fellowship in uro-oncology at the McGill University Health Centre in Montreal, and in 2007 he joined the MUHC Department of Radiation Oncology, where he would focus on uro-oncology, head and neck tumours and skin tumours. After a few years of practice, he also joined the sarcoma team and is currently the radiation oncology site leader for both uro-oncology and sarcoma, areas to which he devotes most of his clinical and research efforts.

His research portfolio currently includes investigator-initiated studies as well as those initiated by oncology cooperative groups, some of which he has served as principal investigator. He is also involved with the Canadian Association of Radiation Oncology (CARO) since 2009, where he played different roles, including chair of the ACURA advisory group and chair of the Annual Scientific Meeting committee. He is currently part of the CARO Board, as Quebec Director. Dr. Cury is involved with several local committees including the recently formed “McGill Task Force on the Impact of COVID-19 on Cancer Control and Care”, and the Sarcoma Research Committee at the CIM/MUHC where he serves as co-chair. He is also leading the development of consensus contouring guidelines for organs at risk in the Division of Radiation Oncology.

Dr. Cury created a “Workshop on Contouring and Planning” to address the need of young international radiation oncologists to gain experience in contouring and planning of radiation oncology treatments using advanced technologies. The workshops started in Brazil in 2012, and were also offered in Mexico and Argentina, and it became the most extensive sustained global oncology program in Latin America, with more than 600 radiation oncologists and medical physicists attending the small-group sessions. The workshops were recently adapted as part of the regular training of residents, medical physicists and dosimetrists at the MUHC, with plans to expand these workshops at local and national levels. 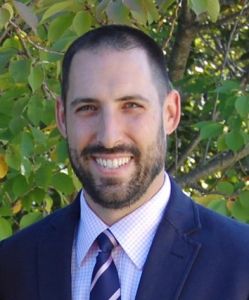 Dr. Hugo received his PhD in biomedical physics from the University of California, Los Angeles in 2003. After obtaining his degree, he joined the staff of William Beaumont Hospital, where he participated in the clinical implementation of cone beam CT and was actively involved in developing an adaptive radiotherapy program for lung cancer. He joined the VCU Department of Radiation Oncology in 2008 as an assistant professor, where he also served as the Director of the Medical Physics Graduate Program. Dr. Hugo joined the faculty at Washington University School of Medicine in 2017 and currently serves as the interim director of the medical physics division. Dr. Hugo’s research interests include cardiac radioablation, image-guided adaptive radiotherapy, image registration and analysis, and the use of machine learning in radiation oncology.

©2021 The Canadian Organization of Medical Physicists. All Rights Reserved
Made with by